North Texas Athletics announced its 2020 Football schedule on Wednesday. It has the usual West Division opponents plus flipped East Division opponents -- Middle Tennessee (away) and Charlotte (home). North Texas will open at home against Houston Baptist University on Sept. 5th and travel to play Texas A&M of the SEC. To close out the season, North Texas will again travel south on Interstate 35 to play UTSA in the Alamodome for some post-Turkey Day festivities. Depending on how the race for the West shapes out, this game could have Conference Championship implications. The Conference USA broadcast schedule will be announced later in the spring, typically around the end of May/beginning of June. Home 9/5 - Houston Baptist 9/19 - SMU

Today, North Texas and Conference USA jointly announced the 2019 Football schedule. Click here for the full schedule. Times have not been set and exact dates could be shifted slightly to accommodate broadcast media. Last year the final schedule was set around the beginning of June. You can read the Denton Record Chronicle news article here highlighting the upcoming season. An interesting note regarding the 2019 schedule is that there are two bye weeks this year. North Texas will get a bye in weeks 6 (October 5th) and 12 (November 16th). These seem like they have been put into advantageous spots for the Mean Green as these will be before traveling to Southern Miss (and after Houston) and before traveling to Rice (and 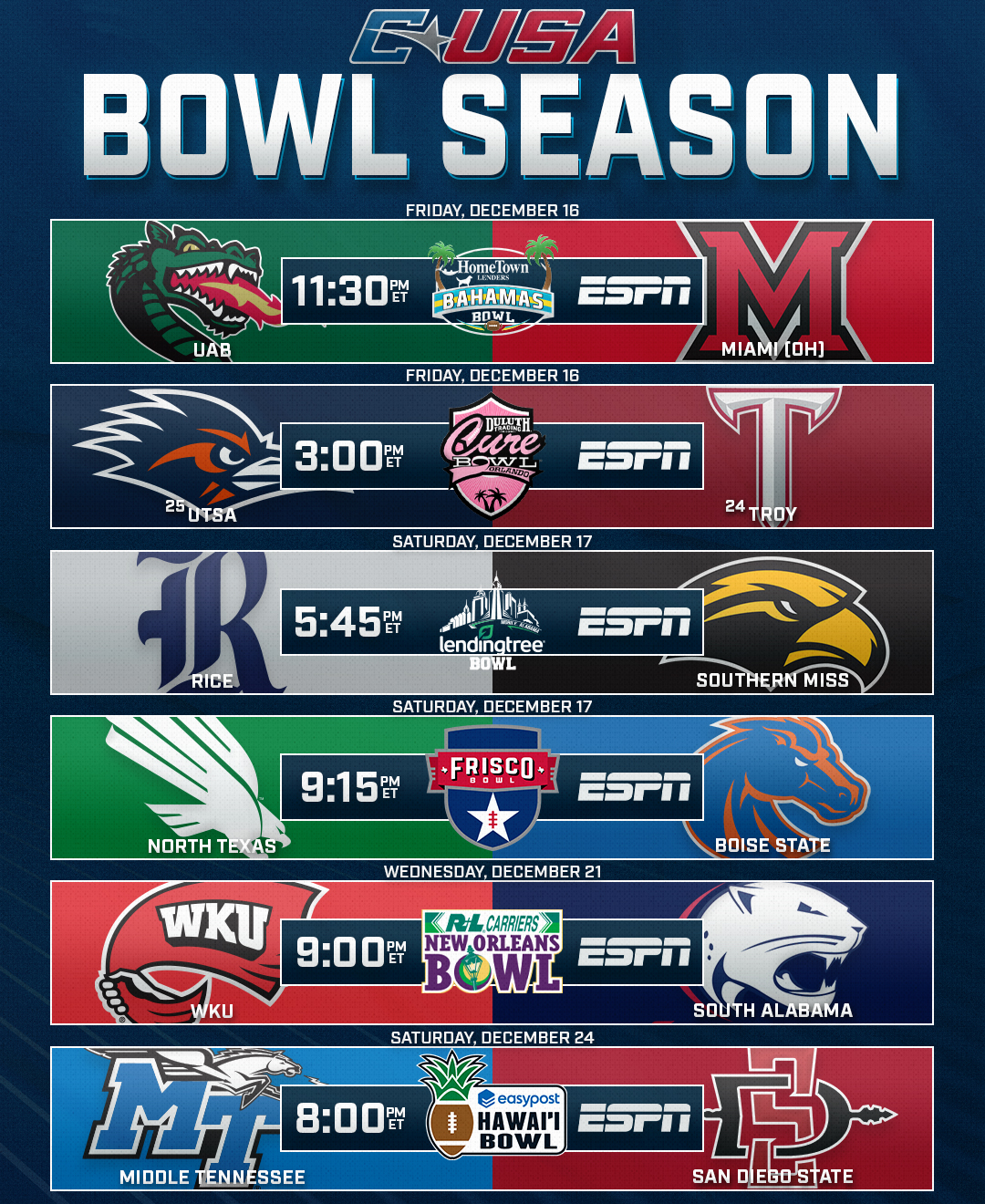